371 AD
An elite 300-man army is created in Central Greece comprised of 150 gay male couples, named the Sacred Band of Thebes. They are picked based on ability and merit, but are valued for the strength in their relationships. They are undefeated until 338, when they are destroyed by the forces of Philip II of Macedon. 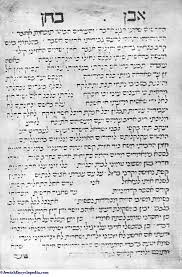 1322
Kalonymus den Kalonymus, a Provençal Jewish philosopher and translator, published a poem titled “On Becoming a Woman,” which is interpreted as a declaration of trans female identity.

1432
The first organization in the world to prosecute sodomy is created in Florence, Italy, named the “Night Officials.” Over the next 70 years, about 10,000 men and boys are arrested, while 2,000 are convicted.

1649
The first known conviction for lesbian activity in North America occurs in March when Sarah White Norman is charged with “lewd behavior” with Mary Vincent Hammon in Plymouth, Massachusetts.

1868
Death of Herculine Barbin a French intersex person. Her memoirs are some of the earliest records of intersex identity. Her birthday, the 8th of November, is now recognized as Intersex Day of Remembrance.

1886
We’wha, a Zuni Native American from New Mexico, is received by U.S. President Grover Cleveland as a “Zuni Princess.” They are an accomplished weaver, potter, and the most famous Ihamana, a traditional Zuni gender role now described as mixed-gender or Two-Spirit.

These are all text messages you could get from GLSEN’s LGBTQ History Timeline!

What do I love about it?

You know how easy it is to read the 2-3 sentences about something from LGBTQ history in the app? Well, this is like that but with even more history to be had because it goes by year instead of specific date (so when we know the Band of Thebes was formed in 371 AD but not “July 18, 371” the GLSEN timeline is able to include while Quist is not). Keeping it short and sweet assures you don’t get information overload but still learn a ton. If you want to learn more, you now have a name to google!

A modern, interactive timeline with images for each historical fact… who could ask for more? The timeline also shows the good and the bad to demonstrate how far we’ve come and how far back our history goes (hint: BC).

I have seen timelines of LGBTQ history before but I have never seen this texting feature on one. It’s so cool – all you do is text HISTORY to 21333 and GLSEN automatically texts you back with a random historical fact from the timeline. Whip out this feature the next time you’re talking LGBTQ history during LGBTQ History Month so you always have something new to add to the conversation. Or when you’re bored, just type out those seven letters and you’ll have another topic to feel inspired by. 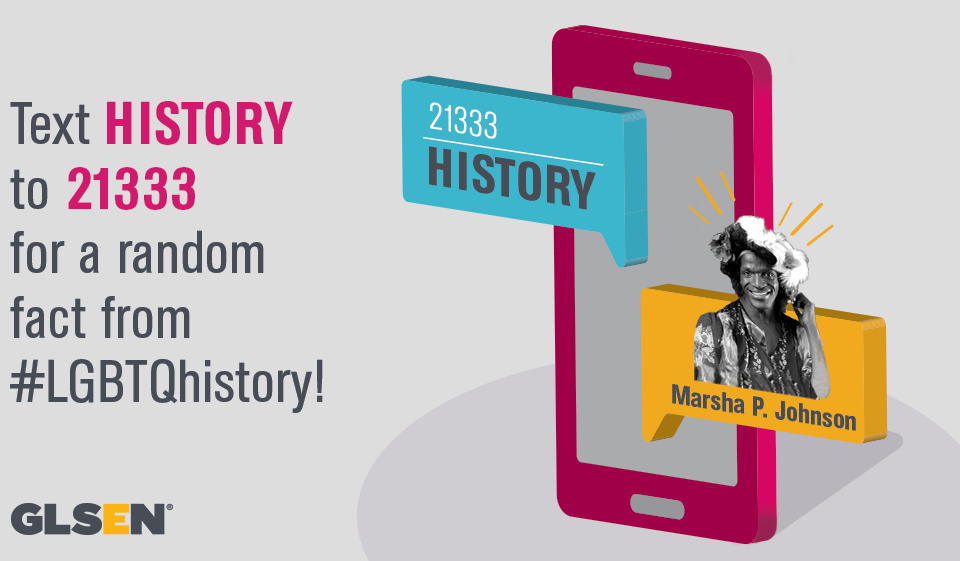 Enjoy! Check out the timeline and other LGBTQ history resources at www.glsen.org/lgbtqhistory.