Quistory in your Neighborhood: San Francisco 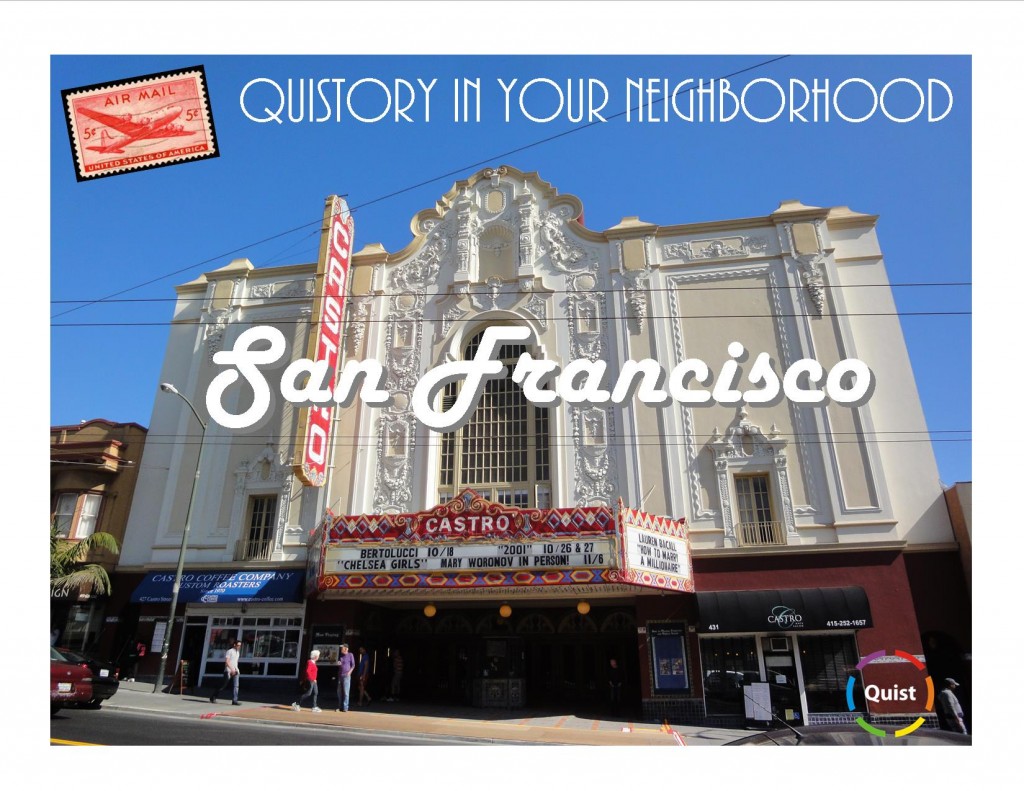 Of course I have to start this series in San Francisco! How did it get to be a queer mecca? During World War II, thousands of soldiers were processed out of the San Francisco port for being homosexual and many ended up settling there. This was under a flurry of “blue discharges” – neither honorable or dishonorable. The now-famous Castro district was a working class neighborhood before it transformed in the 1960’s to one of the first gayborhoods in the United States. So much was started here because of Harvey Milk and others. Queer migration to the cities, especially San Francisco and New York City, grew the population and diversity. Today we are losing many of our LGBT historical sites and cultures to gentrification but for now the rainbow flag still proudly flies there.

I was in town to speak at the Out for Undergrad conference at Twitter HQ. I was also able to visit a few special history projects while there. This Facebook album shows all that I was able to see. Flip through!

First, the GLBT History Museum of the U.S. Others exist, but this is the main one that aims to cover the LGBTQ community as a whole instead of other that focus on a niche. It’s really just one room, but worth a visit. Their archives are much bigger than the museum, but that’ll have to wait for next time.

I also did some research at the AIDS History Project at UCSF. Anyone can make a free appointment to view these primary documents. See the photos in the Facebook album.

Of course, there’s so much more. Explore for yourself!