This guest post is by Rodney Wilson, founder of LGBT History Month and GLSEN-St. Louis. As the first openly-gay public school teacher in Missouri, his story was chronicled in a Teacher Magazine cover story, in local and national press, and on “Dateline NBC.” He now tutors and teaches history, politics, and comparative religion at a community college in Missouri and produces indie films with his partner’s production company, Circa87. (Photo by Ron Rigdon)

There’s nothing new under the sun, wrote the author of Ecclesiastes. Ideas are born, adopted, adapted, modified, reconfigured, and sometimes even born again as something else altogether. Nothing materializes ex nihilo.

LGBT History Month is no different. When I founded the commemoration in 1994, I did so with a framed photo of the great historian Dr. Carter G. Woodson (below), known as the father of Black History and the founder of African American History Month, sitting on my desk. 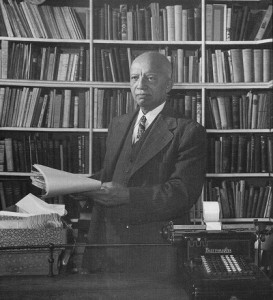 Woodson was born in Virginia in 1875, the son of former slaves. In 1912, he became the second African American to earn a Ph.D. at Harvard. The newly minted historian with the highest credential in the land co-founded The Association for the Study of Negro Life and History in 1915 and published the first issue of The Journal of Negro History in 1916.

Ten years later, Dr. Woodson and the Association founded Negro History Week, placing the commemoration in February to coincide with the birthdays of the great abolitionist Frederick Douglass and the great emancipator Abraham Lincoln. Woodson believed that Americans of African descent had been intentionally miseducated, an indictment described in haunting detail in his 1933 book, The Mis-Education of the Negro. 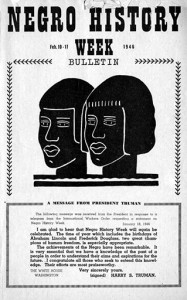 His Association, his books, the journal, and Negro History Week were avenues through which the omissions and misdeeds could be assuaged by unearthing, analyzing, and preserving the history of African Americans – and publicizing the discoveries for both a specific audience (African Americans) and a general one (the rest of the country).

Negro History Week remained an annual event for decades. In February 1970, on the campus of Kent State University, just three months before the massacre there, its timeframe was lengthened to include the entire month of February. The Association took note and changed “week” to “month” and in 1976 President Ford issued the first national proclamation for a month-long event. 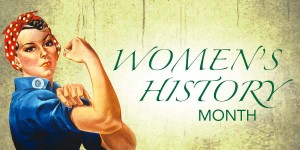 Asian Pacific American Heritage Month was founded in 1977, with May selected as the season of honor because the first Japanese immigrants to the United States arrived in that month in 1843 and the transcontinental railroad was completed in May 1869, with thousands of miles of track put down by Chinese workers. Pres. Carter proclaimed a week of commemoration in May 1977. In 1990, the week became a month and was officially proclaimed by Congress and President Bush I. 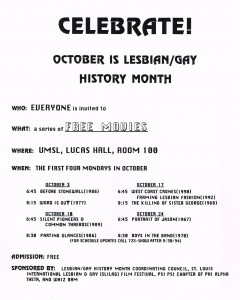 Seven years later, in 1994, LGBT History Month was founded. It is an evolutionary complement to the heritage / history months that preceded it, dating all the way back to Negro History Week in 1926. Like its sister celebrations, LGBT History Month was founded as part of an effort to bring stories, persons, and events long overlooked out into the open.

In this, the 22nd annual LGBT History Month, we once again affirm for LGBT history precisely what Dr. Woodson believed about African-American history – it is worthy of recognition, research, respect, and remembrance.

Editor’s Note: You can listen to Rodney Wilson tell the story of how LGBT History Month was founded in episode 2.1 of the new Gay History: Uncut podcast.